Unfortunately due to the COVID-19 Pandemic, in-person Mixers are postponed until further notice.  The Pittsburg Chamber of Commerce is hosting virtual Mixers - and if you would like to be a guest presenter, showcase your business, or have a specific topic addressed, please contact the Member Relations Coordinator, Thera Chatman at thera@mypittsburgchamber.org.  We'd love to have you join us.
Networking Mixers
The Pittsburg Chamber of Commerce works hard to improve the business climate so that business may thrive and be successful. One such tool used is the Business Networking Mixer.  Currently the Chamber works with our members to have one member host each month - so 12 a year. Typically Mixers are held the third Thursday of every month from 5-7 pm.
What can a Mixer do for me or my business?  The website 'The Balance' says it best -  The ultimate purpose of business networking is to increase business revenue - one way or another. The thickening of the bottom line can be immediately apparent, as in developing a relationship with a new client, or develop over time, as in learning a new business skill.

The role of the Pittsburg Chamber -

The Pittsburg Chamber is there to support you.  We do this by:
1. Working with you to schedule your mixer on the month that's most beneficial to your business
2. Provides an outline of tasks and responsibilities typically done at a monthly Mixer to give you guidance and ease of planning
3. Creates the marketing materials for the Mixer, advertises it, and sends it out to our vast network of individuals, businesses and key community leaders. In addition, we make phone calls to assist with attendance.
4. Assists you in creating activities, games and with the soliciting of raffle prizes
5. Bring refreshments - beer, wine, water.
6. Creates an agenda for the event so that it flows.  The agenda includes timing, acknowledgment of legislators and guests, and is the script to give your business a platform to speak.
7. Helps make introductions of key community leaders and colleagues that may be beneficial connections
​and more...... 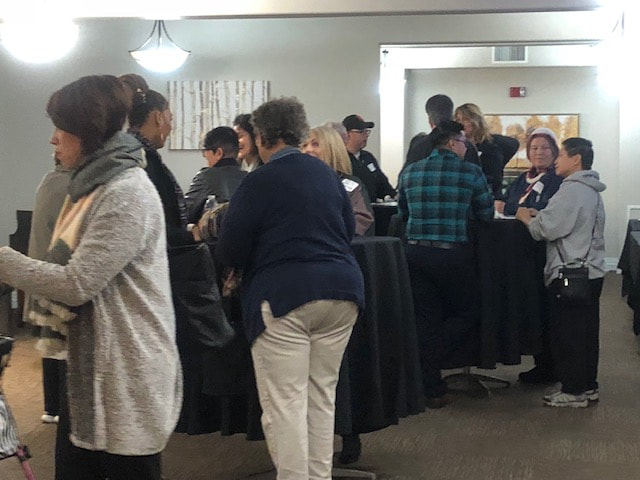 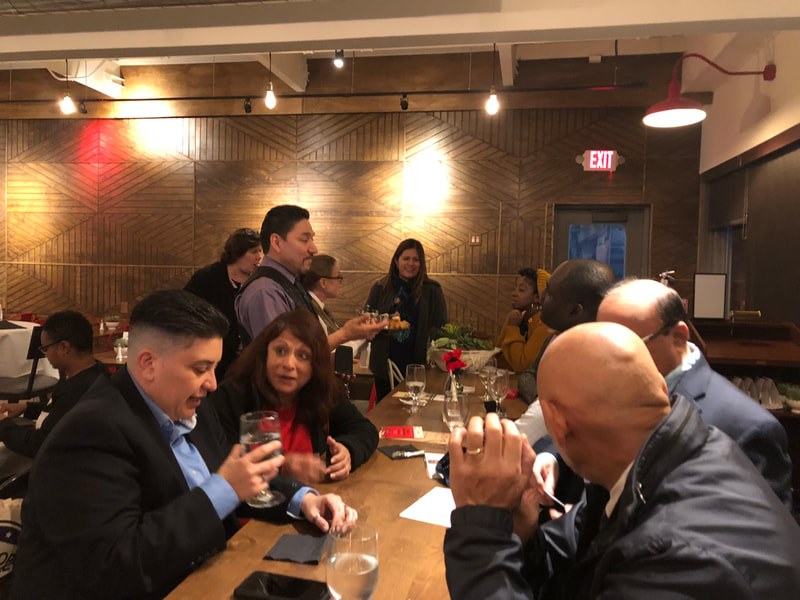 Here are some helpful tips before you go - by Lauren Katen, the Muse.
1. Have a Goal
Before you get to the event, ask yourself, “why am I going?” Come up with two outcomes you hope to get out of the event—say, meeting three new people or getting one new job lead. (Or, if you’re going to reconnect with friends, that’s fine, too!) Knowing ahead of time what you’re hoping to accomplish will help you stay focused—not aimlessly wandering around.

2. Dress to Impress
When you’re planning your outfit, pick something professional—you won’t make an impression (at least, not a good one) if you look dishevelled, disorganized, or overly casual. But also pick something that makes you feel good—a great dress or those new shoes you’ve been wanting to wear will help you exude confidence in what can be an uncomfortable setting.

3. Bring Business Cards
This one seems basic, but I can’t tell you how many people I’ve seen forget their cards or say “I just gave away my last one!” Bring more business cards than you think you’ll need, and keep a stack of them in a card case. This way, they won’t get dirty or crumpled in your purse, and you can grab them quickly—it’s much more professional to pull your card out of a case then go searching through your bag.

While you're there -
4. Make an Effective Introduction
When you meet someone new, introduce yourself by making eye contact, smiling, stating your first and last name, and giving a firm but brief handshake. Then, listen for the other person’s name (believe me, it’s easy to miss when you’re nervous), then use it two times while you’re speaking. This will not only help you remember her name, but also appear sincere and interested in the conversation.

5. Listen First, then Speak
Here’s a networking secret: Let the other person speak first! Most people don’t realize this, but the person who talks about herself first is only being half listened to. If your counterpart is preoccupied with what she’s going to say when it’s her turn to speak, she’ll only be partially tuning in to what you’re saying. But by asking the other person questions first, she’ll will be much more relaxed and focused when the conversation turns to you.

6. Show Sincerity and Interest
Have a few good questions in your back pocket. Asking the other person about her background and work will show her that you’re interested. The best questions are ones that can’t be answered by just “yes” or “no”.

7. Get to the Point
When it’s your turn to share what you do, state it in just 2-3 sentences. You can delve into greater detail later on, but people will lose interest very quickly if you can’t cut to the chase. Similarly, avoid using industry jargon. The key to effectively networking is to build rapport, so if someone can’t understand what you’re talking about, a connection won’t happen.

8. Take Notes
You probably won’t remember the important details of every conversation, so it can be helpful to write them down. After mingling with a few people, find a corner of the room to subtly make notes on the back of each person’s business card about who she is, what you talked about, and any follow-up you want to do. Remember, the purpose of a networking event is to connect with people in the future, and this will make following up with them much, much easier.

After the Event
9. Follow Up​
A few days after the event, send follow-up emails to anyone you met that you’d like to continue networking with. Make sure to personalize each email, letting each person know you enjoyed meeting them and mentioning something that you talked about. A tip: One of the quickest ways to stop a connection is to send someone a generic LinkedIn invite.  Beyond that, just try to relax and have some fun!